Get ready for the ultimate pop-punk show, everyone!! The amazing All Time Low are coming to Stage AE on Tuesday 25th July 2017!! They bring with them a fantastic lineup includingSWMRS, Waterparks and The Wrecks!!! Don't wait around for your tickets – grab them now before they disappear!!! Click the “Buy Tickets,” button above to secure your place to All Time Low today. 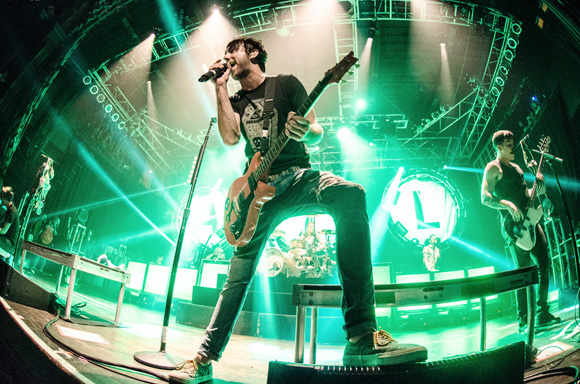 Formed in 2003 by frontman Alex Gaskarth, guitarist Jack Barakat, bassist Zack Merrick with Rian Dawson on drums, the band met in high school, releasing their first EP “The Three Words to Remember in Dealing with the End EP,” through Emerald Moon, a local label. From these early beginnings the band went on to release full-length studio albums, each more popular than the next, with another on the way set for release on the 2nd June!!

In support are the infectious SWMRS, Oakland-born punk band. Formed after two of the founding members watched “School of Rock”(!) and with a diverse range of influences including the Beach Boys and the Ramones, their sound is a very distinct type of rock and roll. Also touring are pop-punkers Waterparks, the result of band members Awsten Knight and Gage Matthieu meeting whilst playing in other groups, their style often described as a mix between Good Charlotte and Fall Out Boy. Last but certainly not least we have The Wrecks, who saw a massive positive response for their single “Favorite Liar,” being played constantly on Alt Nation's Alt 18, and a speedy rise in popularity in a very short time since their formation!!

Catch all this and much more on July 25th – book your tickets TODAY!!