Alice Cooper comes to Stage AE on Friday 20th May 2016

If the look, sound, and feel of hard, heavy metal rock shocks you and sends shivers
down your spine, blame it on one man — Alice Cooper!
But admit it, you love it to bits, right? And yes, you’ll get this ultimate chance to
experience "The Godfather of Shock Rock" live onstage as he embarks on another
spine-tingling tour. Metal heads like you are now on a mad scramble for tickets. Don’t
blink, don’t close your eyes..run for your life and catch those tickets while you can! 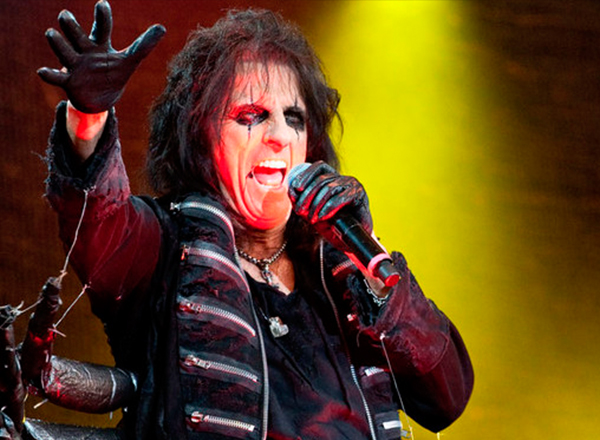 Boa constrictors, fake blood, electric chars, guillotines, headless dolls, swords, eating a
chicken alive (or so it seems)… anything and everything that can give you the shock of
your life, are all creatively integrated into the music of Alice Cooper. He is credited to be
the artist who "first introduced horror imagery to rock'n'roll. And yes, audiences from the
70s loved it, and now he is idol-worshipped not only by a multitude of fans, but
legendary rock stars have acknowledged the depth of influence and Cooper’s impact on
their image, style, and musicality. With his astounding contribution to music, the original
Alice Cooper band was inducted into the Rock and Roll Hall of Fame in 2011.