AJR are moving up in the ranks – from opening act to headliner this year with their all new album “The Click,” and accompanying North American tour!! They’re coming to showcase all their latest songs LIVE at Stage AE on Sunday 4th November 2018 – tickets will disappear FAST so get ‘em quick! 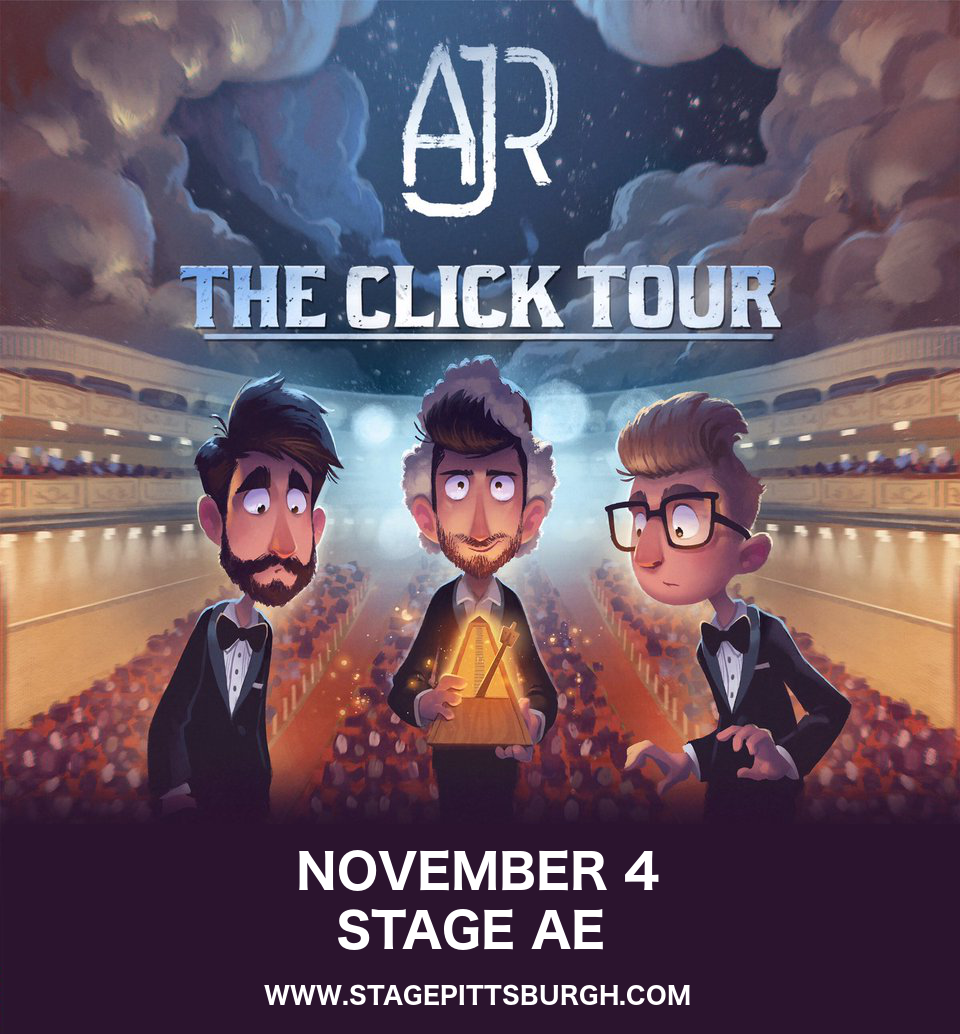 Comprised of brothers Adam, Jack, and Ryan Met (giving the name AJR), the band have been performing since 2005, starting off with covers while busking in Central Park and Washington Square Park before progressing to writing their own music. Their song “I’m Ready,” gained them the attention of Columbia Records in 2013, and since then the band’s progress has been steady and certain, with 2018 marking their first year of shifting from opening act to headliner.

AJR have been trying new things with their latest album, not least the structure, with the track opening with an overture. “I think we’re really big fans of classic Broadway, stuff like Les Miserablès and Phantom of the Opera,” the band explained in an interview A lot of those Broadway shows started with an overture. [It] sets the tone for the show and the themes of the big songs throughout the overture, and it kinds of puts you in the mood to listen to the soundtrack and watch the show.”

Be among the first to hear all the new material live – book your tickets to see AJR headline NOW while they last!!