Fans of emo and punk rock take note; the amazing AFI is going on their massive “The Blood Tour,” which will see them at Stage AE on Saturday 3rd June 2017. With incredible support from Nothing and Souvenirs, they promise a show you’ll never forget – book tickets early as this show WILL sell out!!! 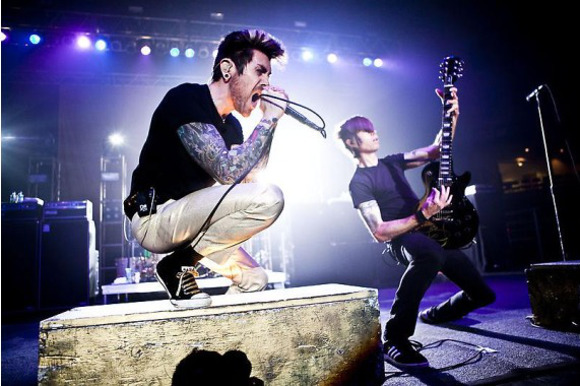 Hailing from Ukiah, California, and formed in 1991, AFI quickly established an underground fanbase with their signature garage/horror punk style, characterised as “goth punk,” by some, and receiving much support from publications such as The Alternative Press. They saw major commercial success with their 6th studio album, “Sing The Sorrow,” in 2003. It peaked at number 5 on the Billboard 200, remaining in the charts for no less than 51 weeks!!! Coming in April is AFI’s brand new, much-anticipated release, “AFI (The Blood Album),” from which the band have released the single and music video for the song “Aurelia,” which you can listen to below!

“AFI (The Blood Album)” marks a new direction for the band, being the first production effort by guitarist Jade Puget. “It was a major evolution for me to step up into a producer role on this album, something that’s been germinating for a while,” Puget admitted, adding; “It’s daunting to spend a year grinding it out in the writing room with Davey and then turn around and produce what you’ve just written, but it was liberating in an artistic sense to guide the album from gestation to final product.”

It’s going to be extremely exciting to see what all this translates to live – make sure to get your tickets NOW to be a part of the experience!!